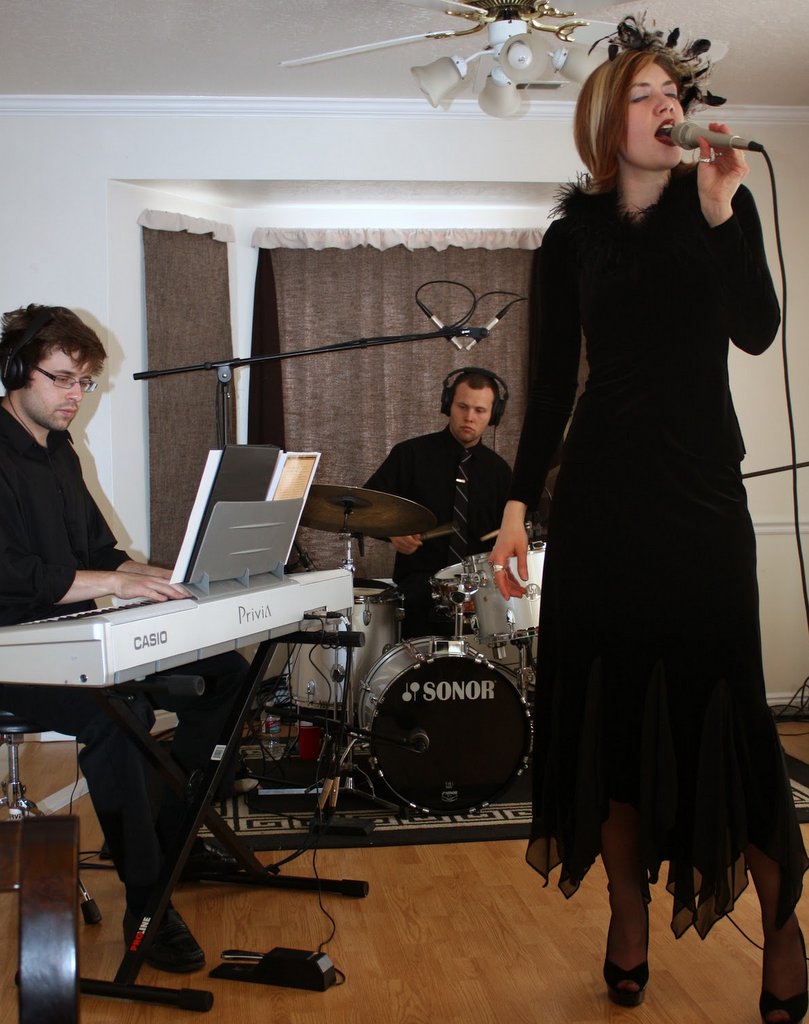 Yep, this is blog post #100. If this were a TV show, lucrative syndication would be just around the corner (well, maybe that’s at #200…). But since I’m not a TV show, I have to make this post special another way: by announcing the genre of the next album!

Although I am a Jazz Studies major and I sing jazz at almost all of my live gigs, I’ve never released a full-fledge jazz standards album. But that’s going to change in 2013.

My next album will be a collection of jazz standards, my own jazz originals, and a few classic blues. The album is as yet unnamed, but many of the tracks are already recorded and waiting to be mixed and mastered.

The release date will most likely be summer of 2013. I’m hoping to release at least one single from the album in the spring.

I will, of course, keep you updated! And thank you for your continued encouragement and support!

And for those who missed it, check out this incredible review from Stubby’s House of Christmas—released Christmas Day—about me, the band, and Jazzy Christmas to You II. Thank you, Stubby!

“Jillaine sings “I Wonder As I Wander” as though she were born to it.  I do believe, and it’s a risky thing to say this sort of thing, Jillaine’s version of “I Wonder As I Wander” is the single finest version I have ever heard.  I’ve tried to think of one better–there are several I’m quite fond of–but none measure up.  Jillaine’s voice flows freely and easily through the song, unrestrained by the music, undaunted by the obstacles.  She’s not playing by their rules anymore.  Jillaine becomes the song.  Oh, God, I wish there was some proper metaphor to describe the bliss her vocal performance creates.  What do you do when you work with words and the words fail you?  All I can say is that her performance of “I Wonder As I Wander” is the very definition of the very finest Jazz.”

I Wonder As I Wander