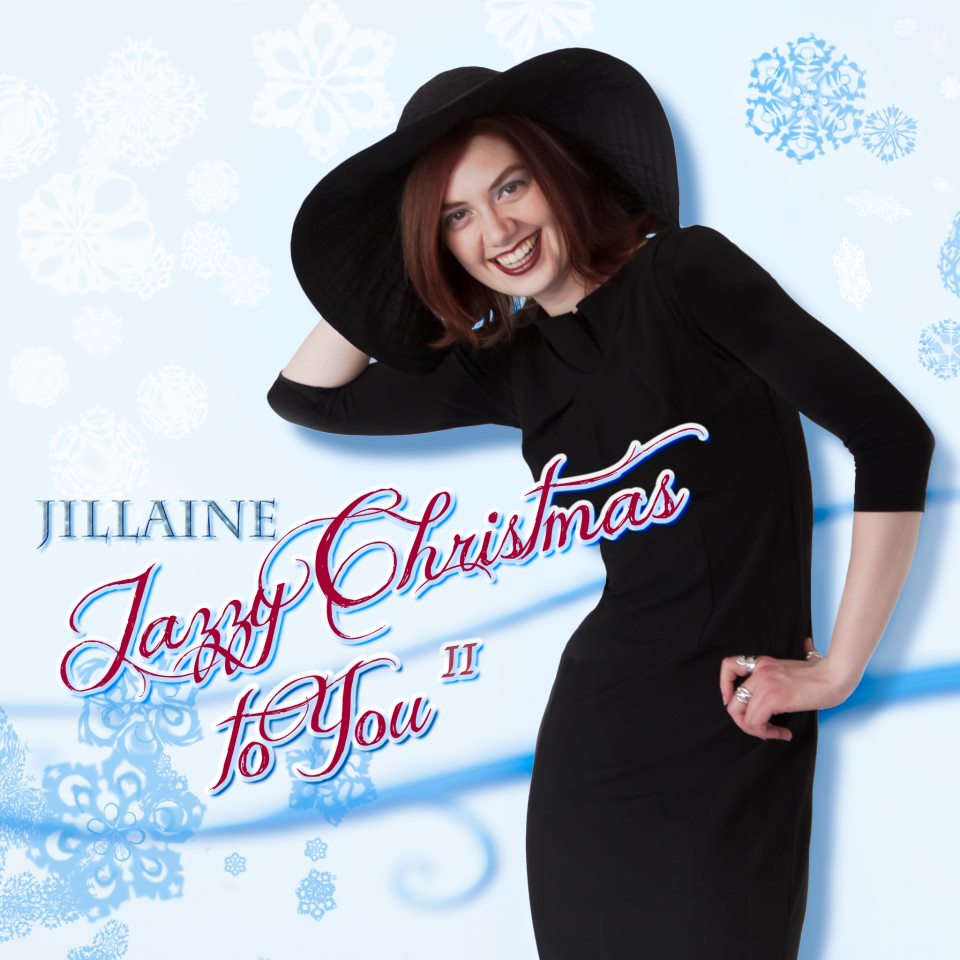 It has finally arrived! Jazzy Christmas to You II is now available from iTunes®!

I know it’s the day before Halloween, but really, can the joys of Christmas be contained to only after Thanksgiving?

Jazzy Christmas to You II features me on vocals and core band members Zach Wiggins (piano), James Archibald (bass and vocals), and Jesse Quebbeman-Turley (drums). Also featured are Craig Alder (guitar), Linda Chaston (synth), and J Scott Rakozy (piano). Looking ahead, next year’s album will feature new band member Josh Larsen (bass) with the rest of us since James Archibald has moved away to Texas to be a physicist!

New, fresh arrangements of classic favorites abound in Jazzy Christmas to You II. Jesse and Zach created a rhythmic instrumental underpinning for my vocal to swing above in a reworking of Santa Baby that is sure to catch your ear!

A personal favorite of the album’s recording engineer, Erik Chaston, is I Wonder As I Wander, which is another rhythm-based arrangement from Jesse and Zach. Take a listen and hear Jesse play a drum trap set as you’ve never heard one played before–seriously! The harmonies Zach lays down have a decidedly Celtic flair. My vocals weave seamlessly into the groove as I sing one of my favorite Christmas songs!

Not to forget my roots in the blues, the album features a new blues, Santa Blues, that I co-wrote with Justin Jensen. I tell Santa I only want my man home for Christmas and I know that the jolly old elf is the only one who can make that happen!

Last Christmas (yes, THAT Last Christmas of WHAM! fame), gets more laid back with Craig Alder on acoustic guitar and Linda Chaston (my very talented aunt) on synth. She created the obligato and bass line!  She is a natural talent plus has a degree in music from the University of New Hampshire at Durham!

And just for when you’re sitting by the fireplace drinking hot chocolate, You’re All I Want for Christmas comes on. With supple piano harmonies played by J Scott Rakozy and using my velvety vocal range, this Christmas love ballad is sure to tug at your heartstrings!

Tomorrow I will tell you all about the album cover design and the artist who created it, my friend Katie, who is at this moment in New York City weathering through the aftermath of Hurricane Sandy.