Guest singer is a hit at his birthday party!

This Friday (7/10) we played a private birthday party in Kaysville. Everything went well– especially the live recording of the event. (More on that later.) We played a pretty wide set of songs: standards, originals, everything in between, and even “Happy Birthday.” But it wasn’t until the band brought on a “guest artist” that things got really interesting.

The lady organizing the party contacted me before hand and told me that the “birthday boy” (Doug Jones) was an avid karaoke enthusiast and asked if we could prepare a few of his favorite tunes in case he wanted to sing a few at his party.
After we had played most of our set, we invited him on stage and he sang with us. After playing “Born to Be Wild” and several other rock standards (it turns out no one actually knew ALL the lyrics to “Sunshine of Your Love” by Cream), Doug decided it was time to sing the Latin jazz standard “The Girl from Ipanema.” I am not usually a big fan of singing bossa nova, but I survived well. The song ends with the line “And when she walks, he smiles/but she doesn’t see…” At this point Doug added an emphatic “…CUZ SHE’S BLIND!!” and on the second time an even more enthusiastic, “REALLY BLIND!” Needless to say, our guest singer was entertaining and hilarious!
We played into the night closing with “Chameleon.” There are photos on Facebook). I hope to see you at my next performance! 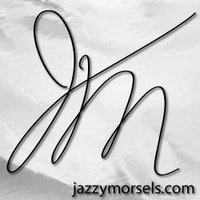 They Can’t Take That Extraordinary Birthday Hat Away from Me!